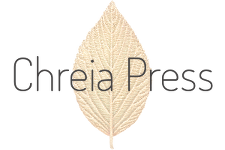 modest proposal on the death penalty

In this brief booklet, Luno works out the proper protocol for processing capital crimes if the penalty is to have a credible moral foundation or, as he says, “we want to do capital punishment right”—and on Kantian terms.

From a longer essay from which the text of this booklet is taken:

There is no clear moral justification for the death penalty on consequentialist grounds in my view. If there is, it is slight and well below the threshold necessary to convincingly counterbalance the consequentialist arguments against it. If it is only the happiness of the greatest number we seek, there are plenty more effective remedies toward that end that we might try—that is, were our motives not mixed and purely consequentialist. The fact is our motives must be quite mixed to judge from the ambiguity of our legal and penal institutions.

There is, however, a case to be made for the death penalty on purely retributive grounds. It is, I think, the only truly formidable argument because it is rooted in something that reflects an essential feature of human nature as momentous as the crime for which it is appropriate. But the argument is theoretical. As a practical matter, the argument may not be realizable, as we shall see…

The retributive case involves two principles. The first is that in unjustly taking the life of an innocent other like himself, a rationally autonomous agent knowingly (and so intentionally) forfeits a right to his own life. The practical morality of the situation allows us to construct the intention from the facts. Whether the perpetrator actually entertains the intention is irrelevant because it is not what actually went through his mind that counts morally. It is what should have passed through the mind of the agent under the circumstances, given the kind of being he is: a rationally autonomous one. Such beings are taken to be under a moral imperative to have intentions, and to be aware of their intentions and the direct logical consequences of their intentions.

Quantities can be adjusted after adding to cart. Sales in Washington State subject to sales tax. Made to order, please allow one week for production before shipping.

The Kantian way of putting this would be to insist that—in showing ultimate disrespect for the rational autonomy inhering in a victim capable of it by taking the victim’s life—one is thereby showing disrespect for what is the most valuable thing in the universe and worthy of the highest regard: the fact that we are capable of rational agency. One is, in the same act, repudiating one’s own rational autonomy. One is voluntarily asking to be removed from the catalog of those worthy of existing. And, as a last rationally autonomous act, this wish should be respected. It was a choice. If it was a choice… Murder is tantamount to suicide. (Note that Kant also thought suicide a wrong equal to murder for the same reason: rational agency is disrespected by succumbing to forces external to that agency. One’s own suffering is external to it, hence no excuse.)

Again, non-rationally autonomous entities: inanimate objects, plants, animals, children, the mentally incompetent or ill, those deranged by incapacity or duress, that was not a result of their own choices, etc., do not meet the condition of being fully rationally autonomous and so the penalty cannot apply to them.

This is the main retributive principle. It is a refinement, you might say, of the more atavistic and deeply-seated human compunction to take great offense at acts that violate what is most dear to us: our life and that of those near us. It is rooted in vengeance—not to put too fine a point on it. But raw vengeance, as such, has long ago been repudiated as being indiscriminate. To civilize the impulse, we have come to insist on couching the offense as one to “human dignity.” It is not suppose to be merely a reflex unmediated by the thing that makes us unique: our ability to reason and the crowning distinction it gives us.

The power of this argument is manifest in the influence it has in our penal system. It is deeply felt by very many to be unjust for someone to destroy a blameless human being without facing the direst consequences we can bring ourselves to inflict on them. The force of this goes beyond mere animal reflex. Even if we were to abolish the death penalty for other reasons, the depth of the offense to our humanity would not go away. (Hopefully, the force of the offense might be channelled in a more constructive direction, but there is precious little to make us believe that is likely in non-evolutionary time.)

This principle and the considerations it raises dominate Kantian or deontological discussions around the death penalty. Since no less than Kant himself strongly defended the penalty it seems to many that deontology’s position is firmly pro-capital punishment.

But there is another critical retributive principle applicable here that is very clearly implied in Kant’s formulation of the first categorical imperative: act so that one’s motive could become universal law. The enemy of this principle is exceptionalism: the idea that I may get away with something that I am unwilling to allow to be a rule for all other rational agents. As applied to capital crimes and their executors, Kant’s principle would absolutely forbid that some killers of innocents be overlooked while other killers of innocents face the ultimate penalty. (In the right circumstances, consequentialism wouldn’t have any problem with this inequity.) We cannot say this or that person may kill an innocent while another may do the same without fierce consequences. Every unjust and willful killer of innocents must pay. There can be no exceptions. To permit that would be the gravest insult to morality. It would radically undermine the one thing morality must always have on its side (even when it may be powerless in the practical world), the thing it must ultimately be founded on in order to command respect. Central to that respect is impartiality.

There can be no exceptions. Innocents put to death by agents of the state require being executed themselves. Since a responsibility like that cannot be subcontracted, there remains the question whom we may allow to take on this responsibility? There may be someone with the right motivation and moral permission…

Paper publication should become how we honor a piece of literature once it has proven itself to deserve a monument.